Home How to How to AirPlay iPad to MacBook

How to AirPlay iPad to MacBook

Many people who own iPad devices also use MacBook computers at home or at work and sometimes have the need to transfer the screen of one device to the other or share files between them. Using your devices in unison creates many additional advantages and helps to overcome some of the limitations of each particular product, i.e. relatively small screen on the iPad.

—- A User from Apple Community

One of the greatest advantages of the Apple ecosystem is that multiple devices that run on iOS can work together really well. For example, it’s very easy to stream the content from your MacBook computer to iPad with the ultra-practical AirPlay feature. With this amazing option, you can freely share any type of multimedia content. But it’s not easy to AirPlay iPad to Mac.

While, in this guide, we will show you the most important aspects of this process and show you how to AirPlay from iPad to MacBook whenever you feel like it, without any cables.

Can I AirPlay from iPad to Mac?

Yes, you can do this very easily if you have both devices in the same place. AirPlay is a great function that lets you use all of your Apple devices together and share content between them as you see fit. Both iPads and MacBook laptops of the latest generation support this feature, so it’s entirely possible to AirPlay stuff from the tablet to the computer with a flick of your finger. The simplicity and reliability of this method make it a natural choice for screencasting, video playback on a larger screen, and a range of other tasks that most users conduct on a daily basis. 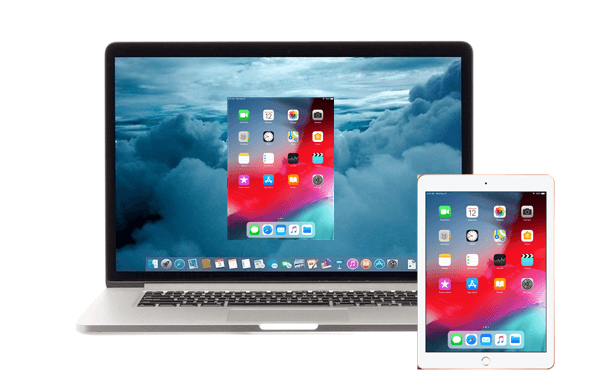 How to Mirror iPad to Macbook

What Does AirPlay or Mac Require?

While in most cases you won’t have any issues connecting your iPad to a MacBook computer via AirPlay, there are several conditions that have to be met for this trick to work. That’s why you need to go through a checklist before you conclude that it’s practically feasible to use AirPlay for this purpose in your particular case.

How to AirPlay from iPad to Mac

You don’t need any professional help to AirPlay from iPad to Mac, even if you have never done it before and just bought your first Apple device. The procedure you need to execute in order to share content between your devices is quite simple and can be completed in just a few minutes.

Here is a simple succession of steps you need to follow in order to connect your iPad to a MacBook computer with AirPlay.

Step 1. Swipe up from the home screen to open the Control Centre menu on the mobile device.

Step 2. Find the AirPlay icon in the upper portion of the menu and tap on it to run this feature. 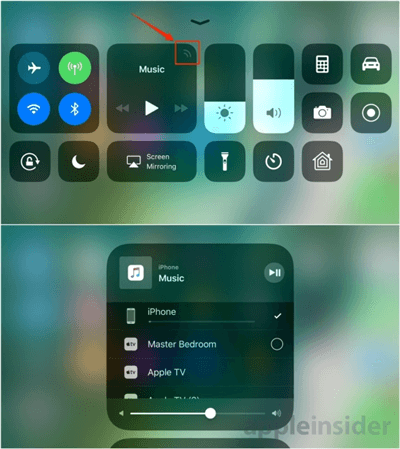 Find and Tap on AirPlay Button

Step 4. After you have selected your MacBook computer, you need to enable mirroring by pushing the scroll bar next to that option all the way to the right. 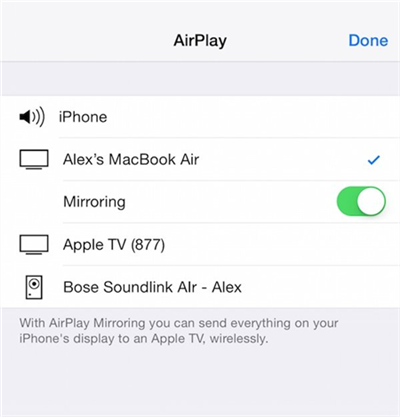 Step 5. Your devices are now connected and you can start sharing content between them.

That’s it, with just a few clicks the iPad can now communicate with the Mac. The whole procedure feels completely natural and takes minimal time, so connecting with AirPlay rather than an alternative software is highly recommended whenever all the technical preconditions are met.

How to AirPlay from iPad to Mac with AnyMirror

If you want to play the iPad’s video on the Mac, or you want to mirror the iPad screen to the Mac for presentation, but you find that Airplay is not working anymore. At this time, you need a tool to help you to AirPlay iPad to Mac. This tool we recommended is AnyMirror, which can allow you to mirror iPad screen, mic, and camera to Mac easily. With no completed steps, AnyMirror can cast your iPad to Macbook even to the live steam platform, such as YouTube.

Step 1. Get the latest version of AnyMirror both on your Mac and your iPad. You can directly search AnyMirror in App Store to download it on iPad. 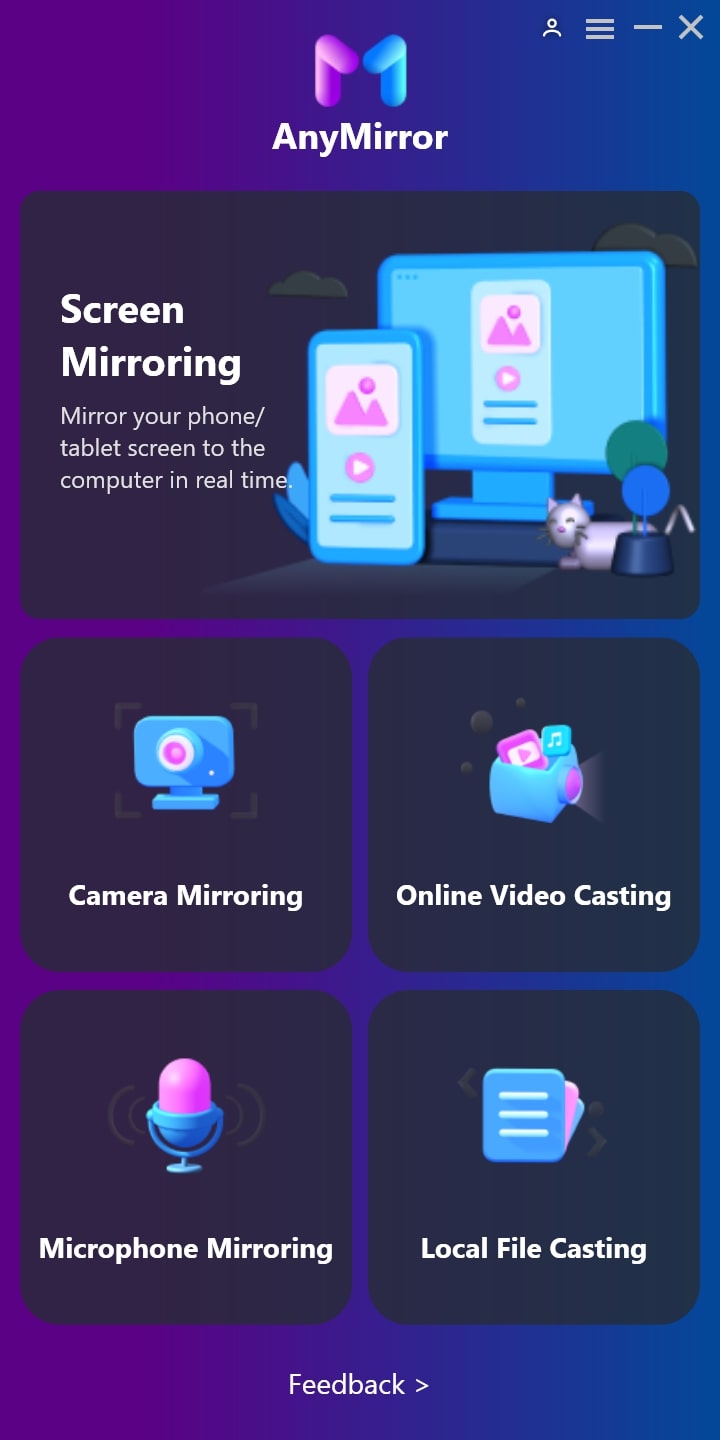 Step 2. Launch AnyMirror on Mac and connect your iPad with a USB cable (or Wi-Fi) > Choose Screen Mirroring on your computer and tap on OK. 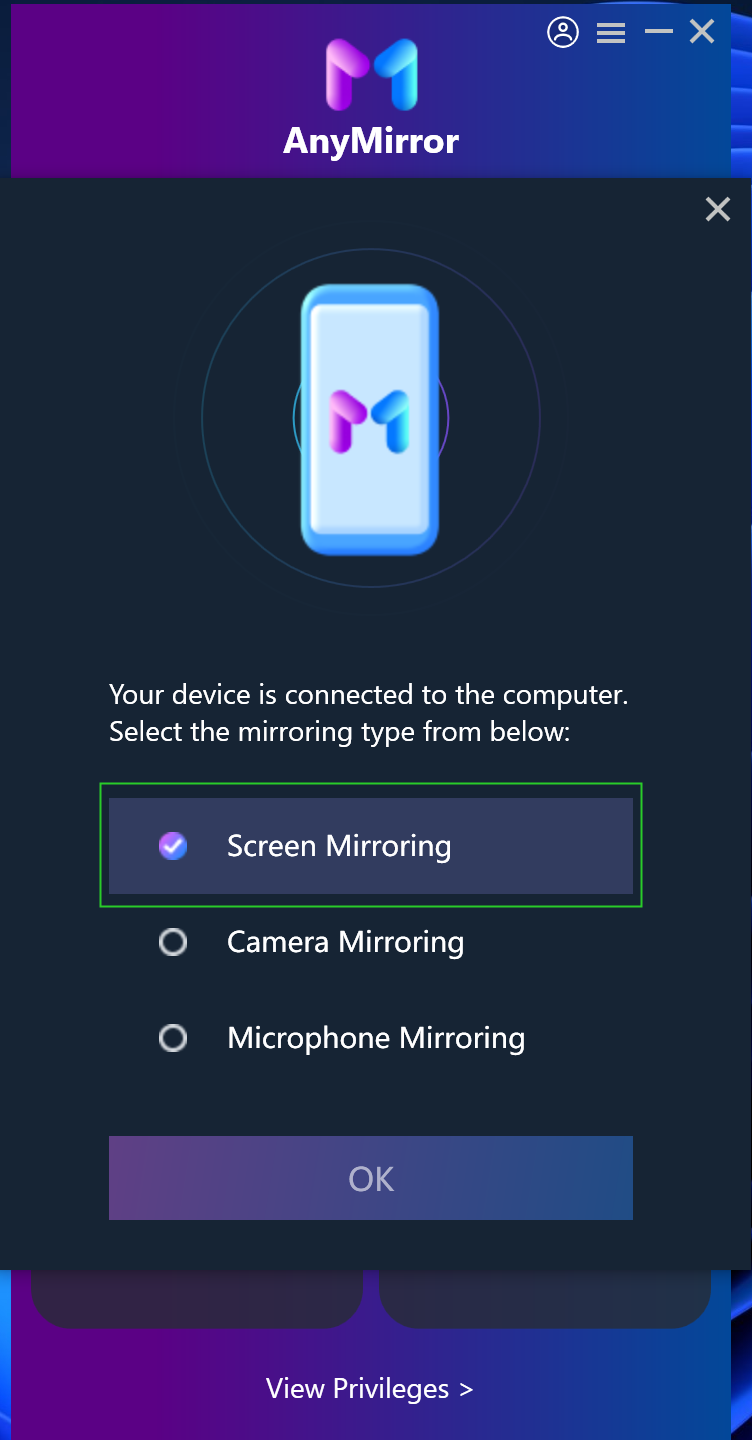 Step 4. When your iPad is detected successfully by AnyMirror, then you can mirror anything that you want and can also draw, record, and capture the mirrored screen by using the tools at the top-right corner.

Your iPad and MacBook will gain additional functionality if you learn how to get them to see each other and exchange content with no restrictions. If you are not yet familiar with this convenient technology and feel insecure playing around with it, you can closely follow the steps described in this article to AirPlay iPad to Mac and create your own home projection system. Once you learn how to do this, you will routinely use the devices together and derive even more value from each of them.

Technique editor who has been contributing how-to articles for 5 years at iMobie. And has over 7 years of customer service experience with smartphones before.

Product-related questions? Contact Our Support Team to Get Quick Solution >

Technique editor who has been contributing how-to articles for 5 years at iMobie. And has over 7 years of customer service experience with smartphones before.

Get the latest news, how-to and everything from AnyMirror!

The knowledge base of screen mirroring, video/audio casting, and so on.